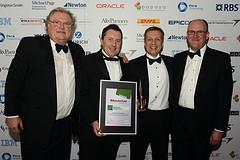 We are in a consumer society imposed by the capitalist system of production, which extends not only to developed countries but all of the planet. The capitalist mode of production has been manufacturing Coca Cola to jets for private use. Obviously, these products do not try to sell to the Peruvian Indians or the inhabitants of the shantytowns, but efforts will turn to these places children consume Coca Cola instead of milk. What is really important for the system is that most people become irrational consumers, but through this form to transfer the largest amount of resources. This is how the current consumer society establishes the dictatorship of the product. Specifically, Ms.

Aranguren stands, management must know what the consumer really needs, and that is through a study it. It is important to note that few companies in the country is done, since they copy a product from another country to introduce it here, without knowing the true needs of the same, avoiding further its idiosyncrasies. Money allows consumption, but increasingly less money is needed. The mass production of imitations and has allowed people outside the elite are able to access similar objects and that is why the phenomenon of consumption involves relations of domination but also of imitation. Cultural mimicry is an important motive for consumption. Consumption is a conscious choice of the person and depends on their culture. The study of the needs of the individual allows a better understanding of the attitudes and behaviors of who is the central motif of trade.

The implementation of marketing strategies on the wishes of the individual causes Incentive in consumption, a demand generation. It is evident that although marketing needs can exacerbate pre-existing, or create desires and provoke a lawsuit The need is something missing and that the consumer wants more or less intensity. The need runs the full range of appetites, from true distress caused by thirst, even the most frivolous that may be experienced in the desire to indulge minor. Consumer needs are forming a scale of values with their wants and desires. We can conclude according to the above, that management Venezolana must commit more to their management of the markets in the study of consumer behavior, to find a way of how they can meet in order to gradually instilled a true culture of consumption, really consider what their needs, their behavior even more an unstable economy in crisis like the one currently facing. The management of the market is weak with respect to consumer study that accurately identifies, with a thorough study, the current and potential users of your brand or product category. It does not allow them to focus their marketing efforts and also customize the offering, which, if they did, would help create customer loyalty and to define the product positioning.